Our organization, established 30 years ago, has a unique and unifying mission. We showcase gifted young talent — musicians, painters, writers and filmmakers — from the German-speaking world and introduce them to the New York cultural community.

In sponsoring their performances here, the Forum gives these young people a US debut and a helping hand in their studies and careers. And the organization offers GF members the opportunity to see and support exceptionally talented Europeans who bridge the “Atlantic divide” through their art.

The German Forum hosts four events per year, three that are open to the public and one exclusively for members. Please take the time to learn more about the German Forum. We hope to see you at our next event. 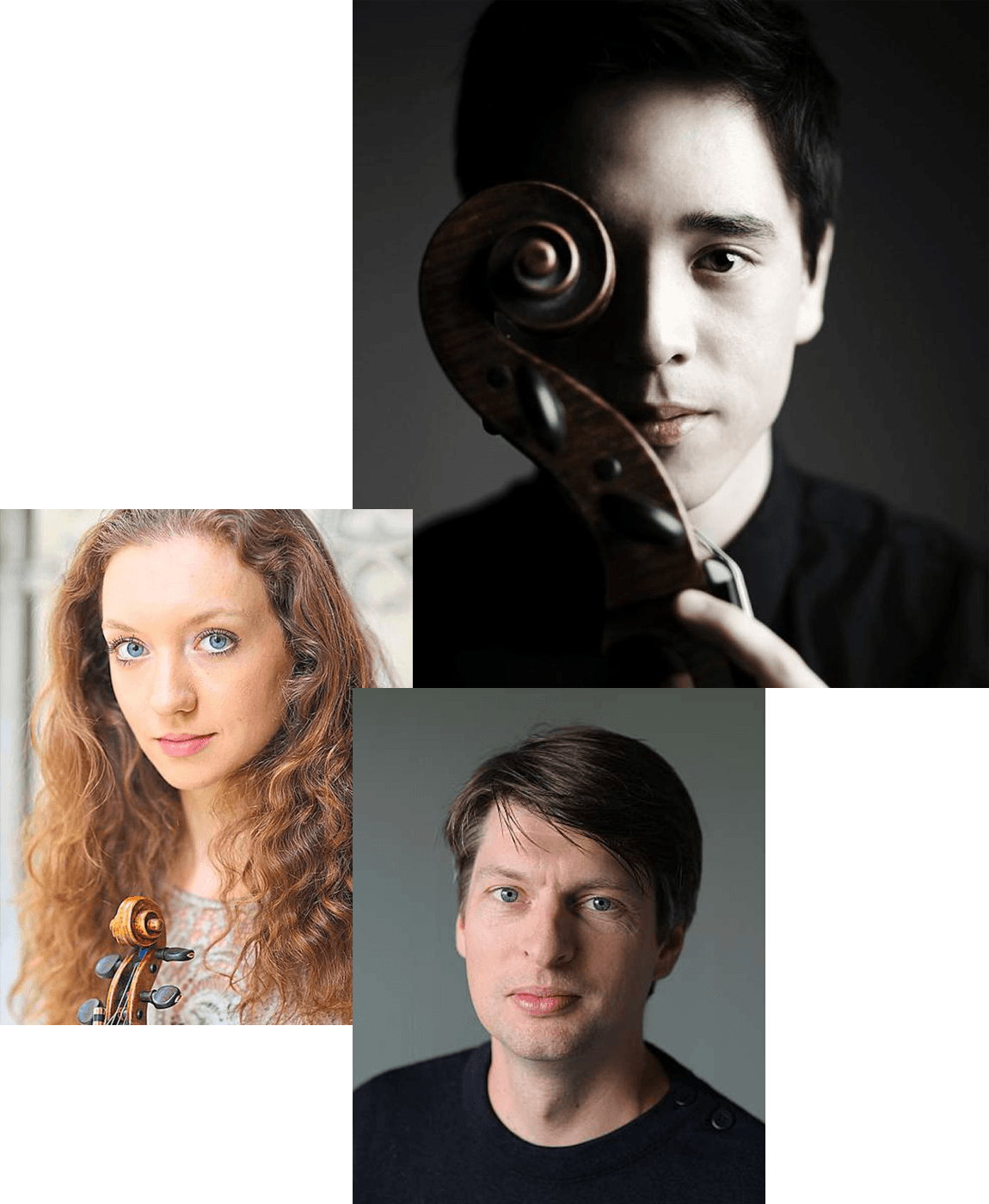 Organist Michael Hey, who performed for the German Forum in February 2016, has prepared a festive virtual concert for us to enjoy this month!

The program lasts one hour, and includes introductions to each piece and commentary on each organ featured in the concert.

Members of the German Forum will have access to Michael Hey’s online program that they may access throughout the holiday season to enjoy at their leisure! 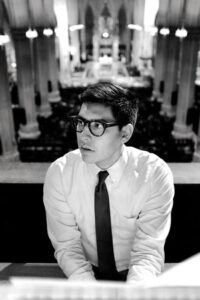 Described as “scintillating” and “tremendously virtuosic” (The Straits Times, Singapore), concert organist Michael Hey has been increasingly visible on U.S. and international stages. He has performed organ concertos with the San Francisco Symphony, the Juilliard Orchestra, and New York City Ballet Orchestra. Michael has appeared at renowned venues such as Carnegie Hall and Madison Square Garden.

In 2015, Michael was appointed Associate Director of Music and Organist of Saint Patrick’s Cathedral in New York City, where one of his first major tasks was to perform for the first U.S. visit of Pope Francis. Michael plays for over 700 services a year at Saint Patrick’s Cathedral, many of which can be heard on Sirius XM radio, television, and online.

Not exclusively a solo organist, Michael enjoys collaborating with other artists. He has performed with Renée Fleming, Matthew Polenzani, and Isabel Leonard. He performs duo recitals with violinist Christiana Liberis.

Michael is a graduate of The Juilliard School where he received his B.M. and M.M. degrees in organ performance under Paul Jacobs. He is represented in North America exclusively by Phillip Truckenbrod Concert Artists, LLC.

Watch this video of Michael playing at St. Patrick’s Cathedral in NYC!

Join the German Forum for an evening of literature and conversation with scholar and professor Dorothea von Mücke, as we explore Thomas Mann’s “Zauberberg,” or “The Magic Mountain.”

Dorothea von Mücke is a professor of German Language and Literature at Columbia University whose research focuses German and European literature and philosophy of the eighteenth- and nineteenth century, semiotics, aesthetics and the study of generic and formal innovation in the context of pedagogical reforms and the secularization of religious practices. Her most recent book, The Practices of the Enlightenment. Aesthetics, Authorship and the Public was published in 2015. It addresses the strong influence of religious practices on key Enlightenment models of aesthetic experience, concepts of tolerance, and forms of autobiographical writing. Read more about Dorothea von Mücke’s work here. This November evening of literature reading and a Q&A chat will take place over Zoom. Submit your questions up to one week in advance of the event to us at contactus@germanforum.org.

How do opera singers really feel about expressing their most emotional and vulnerable selves onstage? Watch and learn in an exclusive viewing of the film La Gran Scena, hosted by Ira Siff and Hans Pieter Herman. 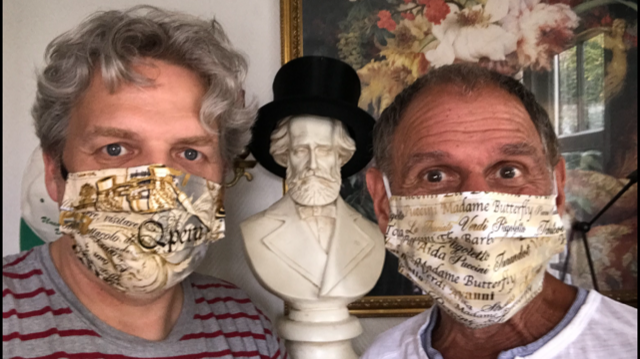 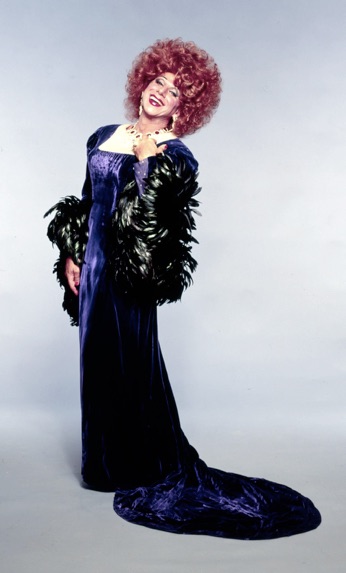 Since La Gran Scena Opera Co. was established in 1981 by Artistic Director Ira Siff, the company has performed extensively in New York, and has appeared in cities all over the world. The internationally acclaimed “travesty” troupe’s gifted falsetto “divas” affectionately spoofed opera in New York and around the world throughout the next two decades. The company enjoyed success after success, with anniversary celebrations in New York and sold-out appearances at festivals and opera houses on a global scale. Read more about La Gran Scena Opera Company here. In the early 2000s, Ira Siff shifted his focus to teaching, coaching, directing, and writing, but continued performing in reunions with the company and in recitals, as Madame Vera, until 2009. View more from Madame Vera here. 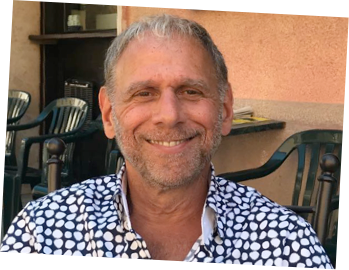 Ira Siff grew up in New York, graduated from the Cooper Union with a Fine Arts degree, and made his debut as a tenor in 1970. A versatile performer, he spent the next decade performing roles in opera, operetta, and musicals, and created a cabaret act using vocal parody of opera, jazz, and other styles of music. In 1981, he founded La Gran Scena Opera Co. di New York and appeared as Madame Vera, the prima “donna” of La Gran Scena. Madame Vera internationally parodied “diva farewell recitals” in The Annual Farewell Recital. Now, Mr. Siff writes for Opera News and is commentator on the Metropolitan Opera Saturday Matinee Broadcasts in addition to directing, teaching, and singing. Read more about Ira Siff’s storied career here.

Dutch baritone Hans Pieter Herman received his masters degree in Amsterdam, and continued studying in the United States at Northwestern University. His opera roles include Marcello in Puccini’s La Bohème, Papageno in Mozart’s Die Zauberflöte, Dr. Miracle in Offenbach’s Les Contes d’Hoffmann, Il Conte Almaviva in Mozart’s Le Nozze di Figaro, Leporello in Mozart’s Don Giovanni, and Alidor in Nicolo Isouard’s opera Cendrillon. His musical theater performances include A Little Night Music, She Loves Me, and the role of Guido Contini in Nine. He also has appeared in oratorio and concert performances of Orff’s Carmina Burana and Mahler’s Rückert Lieder and Das Klagende Lied. He frequently works with the Dutch National Opera chorus in Amsterdam. In 2010, he appeared in Strauss’s Ariadne auf Naxos at Tanglewood, directed by Ira Siff. Read more about Hans Pieter Herman here.